Yesterday, a team of Italian scientists caught a frog in a montane forest in Tanzania. And then they made history: using a small blood sample the team were able to extract, purify, and amplify the amphibian’s DNA—all in the forest—through a new, battery-powered device called the Expedition Genomics Lab. They sent their genomic findings via cloud all the way to Italy, where local researchers ran it against the GeneBank of DNA sequences and shared the results with the media.

“In our hopes [the] ‘Expedition Genomics Lab’ could be of great help in producing live ‘real-time’ data on biological diversity of any area in the world,” the team of Italian researchers—Michele Menegon, Massimo Delledonne, and Massimo Bernardi—told mongabay.com. “It will be possible to take a number of blood samples and have the identity revealed in a few hours directly in the field.”

The portable DNA sequencer was developed through a partnership with MUSE Science Museum and Biodiversa, both in Trento, Italy, as well as the University of Verona. It employs a portable gene sequencer, known as a MinION, developed by Oxford Nanopore Technologies. Menegon and Bernardi are research scientists with MUSE and Delldonne is with the University of Verona. In the field, the team was also joined by Ana Rodriguez Prieto and Chiara Cantaloni, both researchers with MUSE.

The team believes the technology will be particularly important for biodiversity research in developing countries, many of which lack the laboratory equipment to conduct genomic research locally.

Although the DNA identification yesterday was simply meant as a demonstration of the new field technology, the researchers actually uncovered more than they bargained for. When the frog’s DNA was run against the GeneBank it was found as a 95 percent match against the dwarf squeaker frog (Arthroleptis xenodactyloides), but that doesn’t mean the frog was a dwarf squeaker. 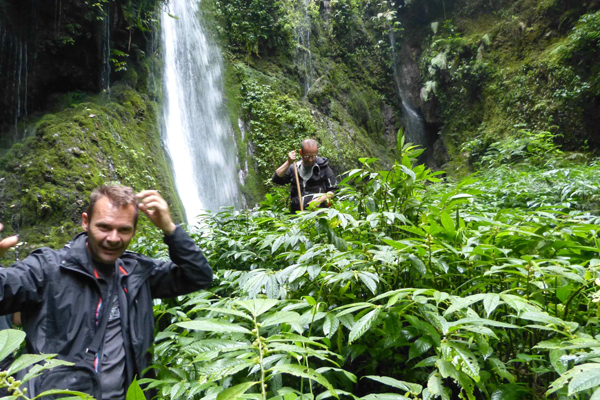 In the forest: Delledonne in the front and Menegon in the back. Photo courtesy of MUSE.

“[Five percent] difference is way above the average species threshold within the genus, so the team announced that the individual probably belong to a species putatively new to science,” said the researchers, who caught the frog in the Nkuka Forest on Tanzania’s second-highest peak, Rungwe Mountain.

More research would be needed to verify if the frog was indeed a new species, however the frog is long gone. One of the benefits of the new technology is that all it requires is a bit of blood and not a killed individual, just as scientists are debating the merits of collecting specimens. However, in order to identify a new species, specimens usually remain a necessity.

The technology could also have uses that go far between biodiversity surveying. The scientists say it could also be used to help government officials tackle wildlife crime.

“In our hopes in the near future Expedition Genomics Lab could be made available to custom control teams who will therefore be able to obtain ‘real time’ ID of individuals (or part of) that are going to be exported and that might be protected by international laws,” said the researchers. 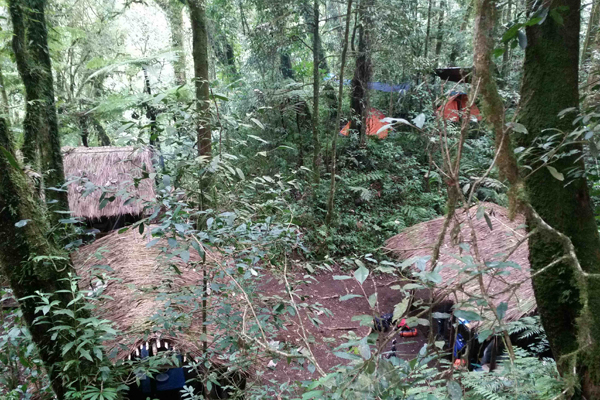 Lab in the forest. Photo courtesy of MUSE. 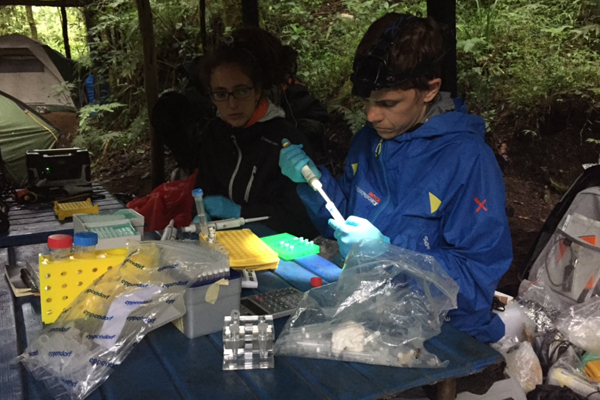